Judith Greer Essex, Ph.D. founded the Expressive Arts Institute in 1998 with a big mission in mind.

"I wanted artists to have a place at the table of helpers and change agents. Artists know much that other helping professionals do not, and I think what they know is vital to healthy living, and essential to healing, change, and growth."

Essex was part of the pioneering spirit in San Diego bringing the arts into mental hospitals, residential treatment centers and other places where people needed the boon of the arts.

Judith has always been near the nexus of arts and community in San Diego. In the 1970′s she created Dance Jam, a monthly movement experience that still runs in San Diego “I wanted to create a place where dancing was not a prelude to a pick-up, but rather a form of free personal expression.”

On September 15th 2001, The Expressive Arts Institute on Ray Street participated in the first Ray@ Night art crawl, an event which has now grown from a single short block, encompass the entire heart of North Park. This event was the foothold needed to revitalize the neighborhood. It was also in this Year that Co-Director Wes Chester MA, CAGS joined the institute.

In 2006, with the predictable gentrification driving rents through the roof, she and co-director Wes Chester took a gamble on a new, unfinished space in the heart of a revitalized Naval Training Center: the proposed Arts and Culture District of Point Loma’s Liberty Station. In the original wave of tennants, the institute has seen its neighborhood become a visual, lively and performing arts center.

Today, institute graduates work in numerous settings across the county and the country, and around the globe, bringing the work of expressive arts into nearly every conceivable setting: from schools to hospitals, from nursery to hospice, the arts are helping improve and enliven the breadth of human experience.

In spite of the larger cultural outcomes, Judith states the inspiration for the creation of an Institute was very personal.

"My youngest brother Danny was a poet and an artist. He knew so much about generosity and the power of the arts. He was only 42 when he died in 1996, from complications of his diabetes, I had to do something in his memory, or simply drown in my grief. I had to decide what was worth doing for the rest of my life." 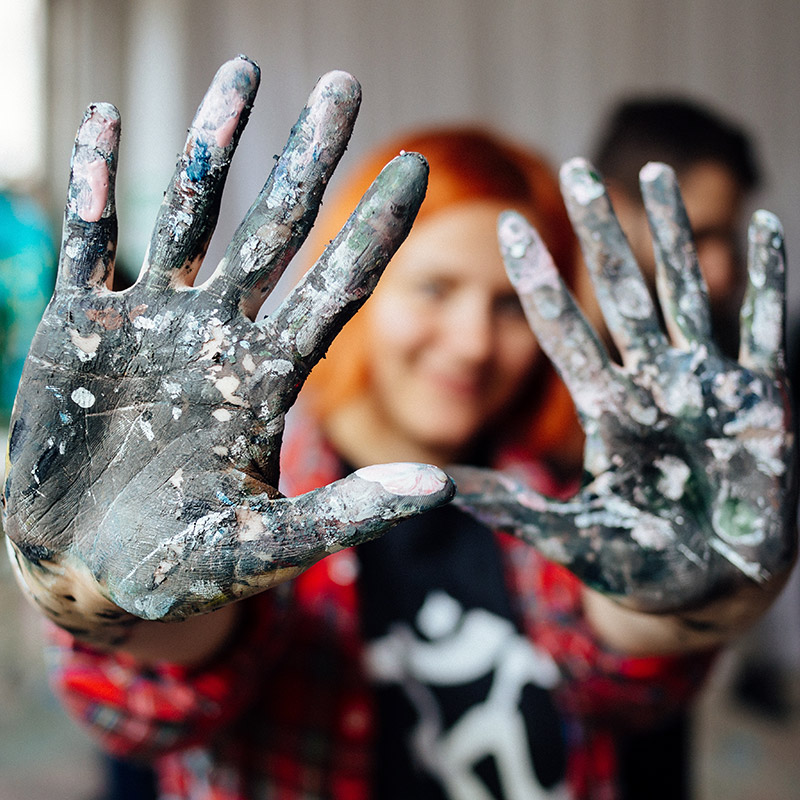 "As a lifelong learner and dedicated volunteer involved in arts and education I approached the E.A.I. introductory class with curiosity and some trepidation. A few prior E.A.I. graduates were in my circle and I highly admired them all, but didn’t really imagine taking on such a large commitment or inspiring to make such a shift in my career path or life direction. I was awestruck by the end of the weekend. Having never so clearly before been exactly where I should be. My overwhelming feeling was “this is who I am, this is what I do.” I haven’t looked back and am on the most fantastic journey of my life." 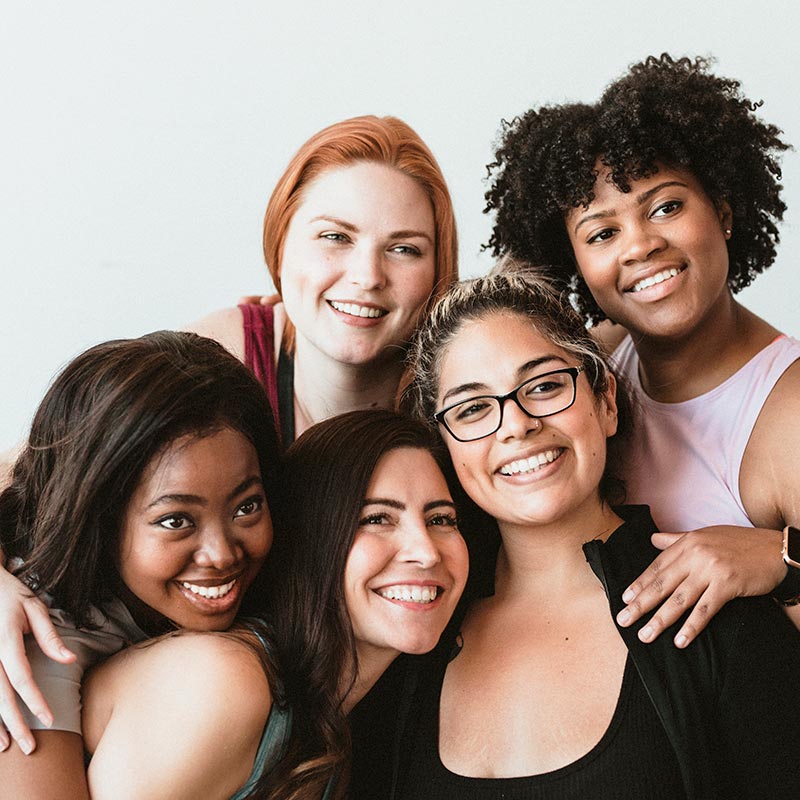 "When I attended the Intro Course, I said to myself, “this is what I have been looking for… for so long.” Before the weekend was over, I was already planning the next two years and what I would do to be in this beautiful place. So, yes! Of course the introductory course changed my life, without a doubt! It was the beginning of another era, another way of feeling and seeing the world around and inside me." 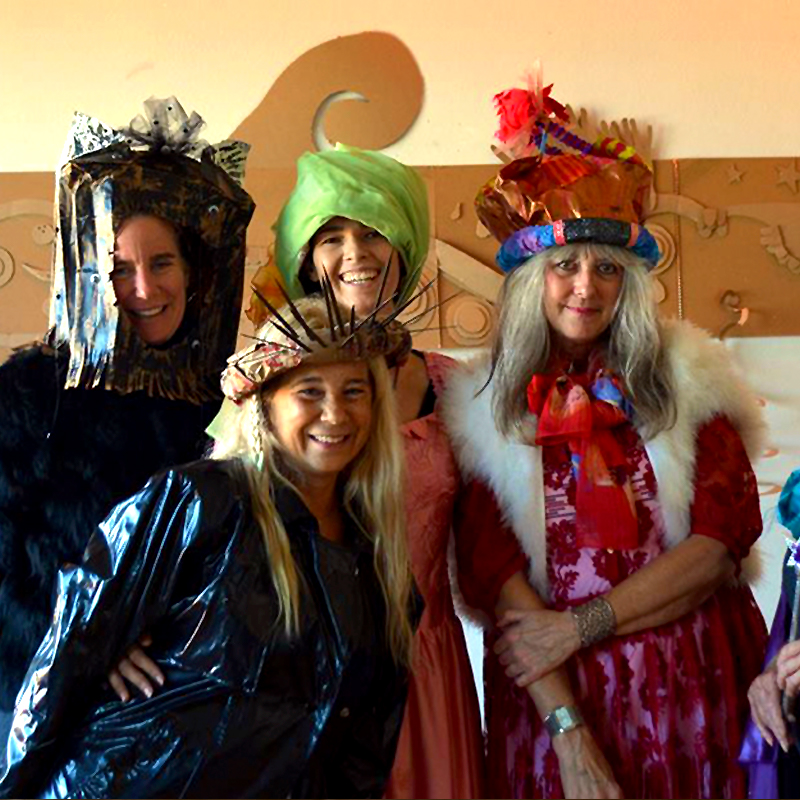 Judith is the most gifted facilitator I have ever encountered. Her complete embodiment and use of the arts in healing brings amazing results. A whole new world opened up to me after being guided by her expertise and heart-warming sensitivity to the human condition. Whether she is hired as a private therapist, speaker, or teacher, I believe she is worth more than money could ever buy.” 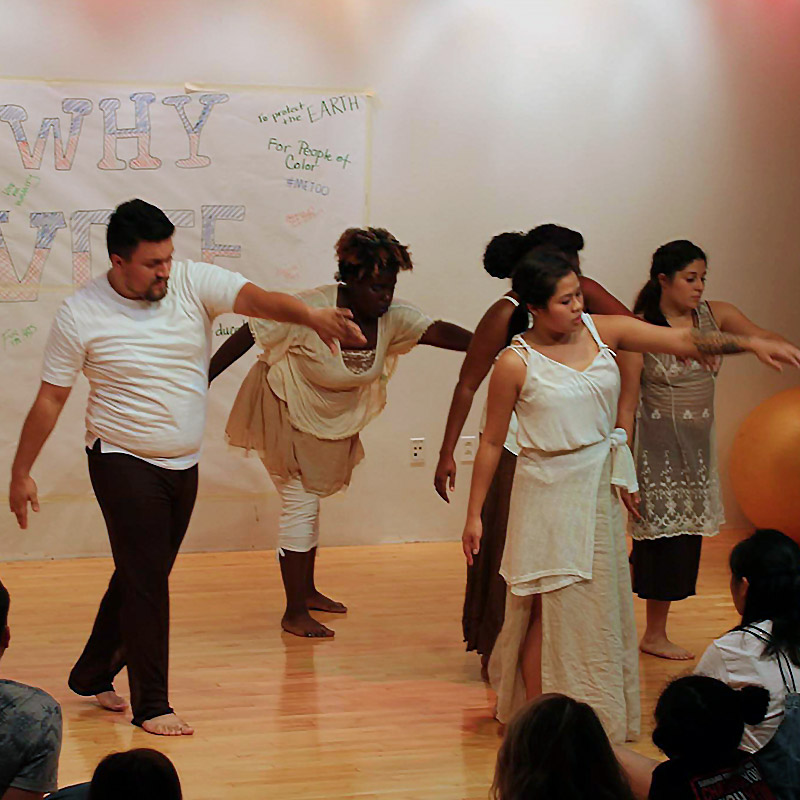 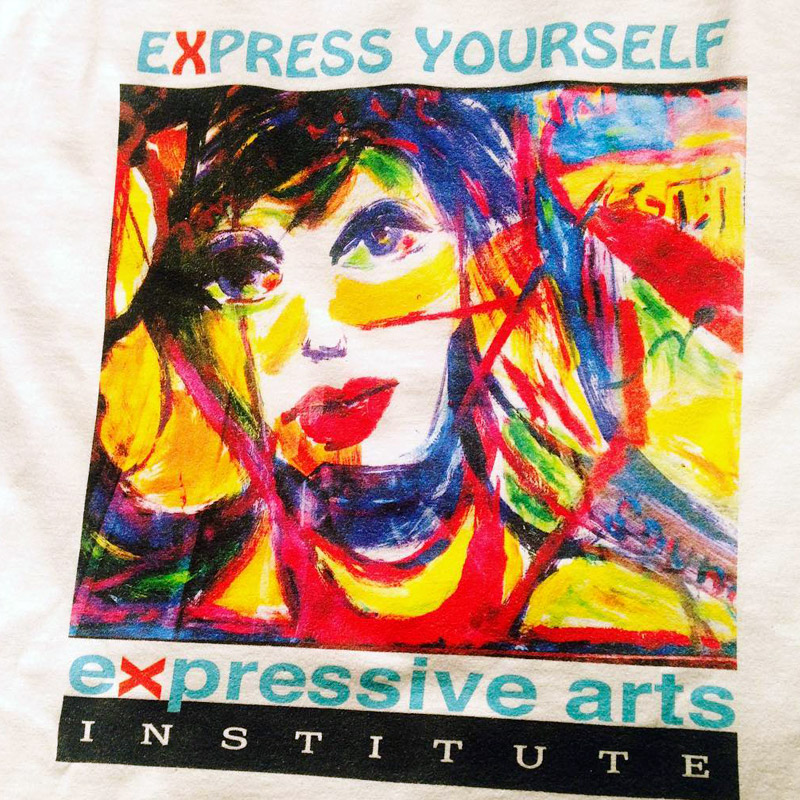 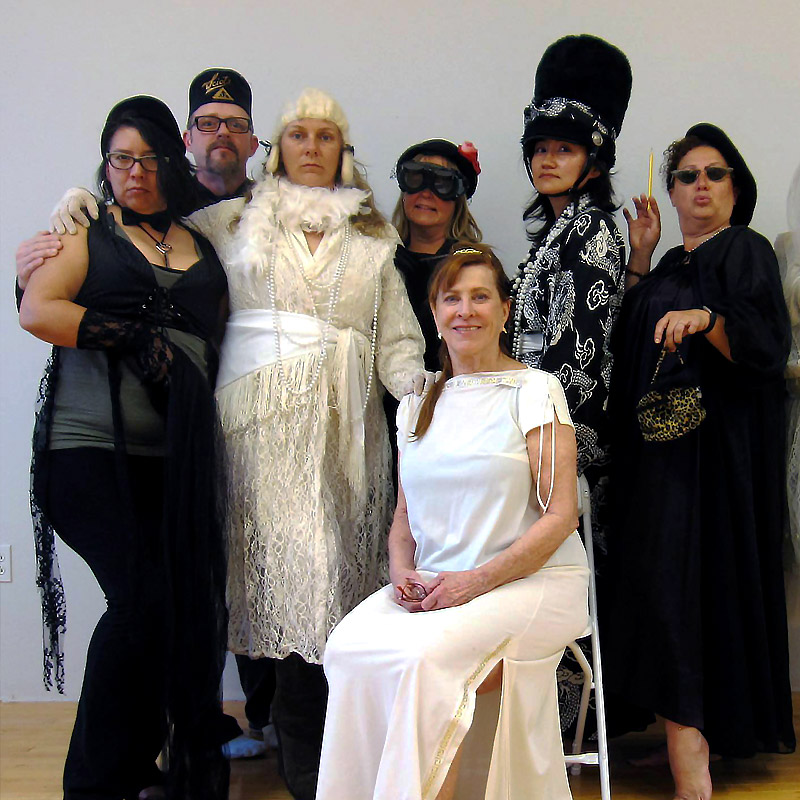 “You have prepared us so well, thank you. All the vocabulary for us makes total sense- some folks have not a clue what the professors are saying. We do 🙂 Thank you, thank you. This experience has been exciting, motivating and extraordinary so far. And it’s really only just begun. I wanted to send my thanks to our Momma EXA bear ♥” 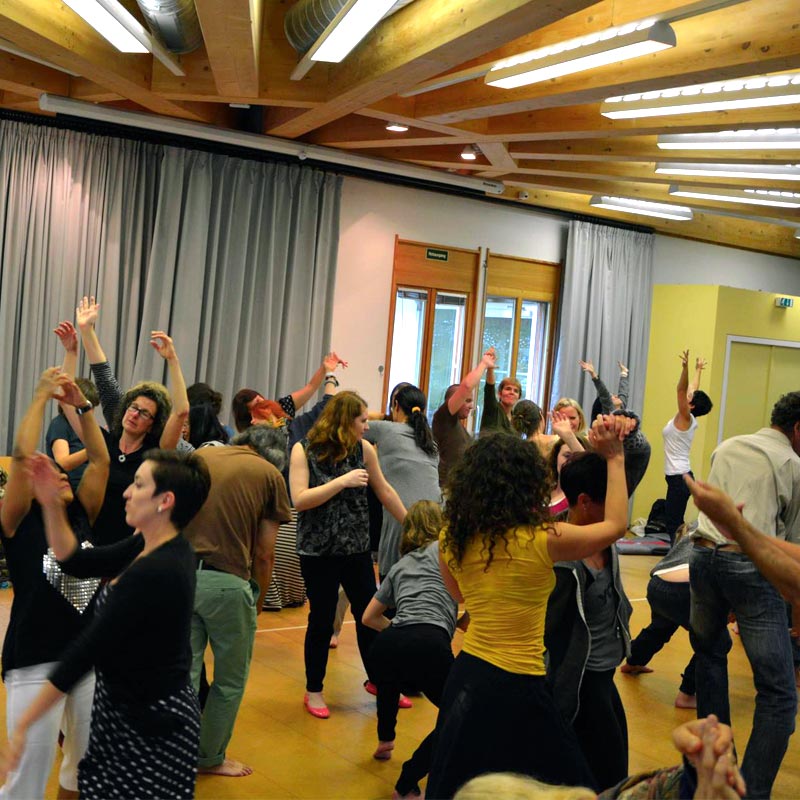 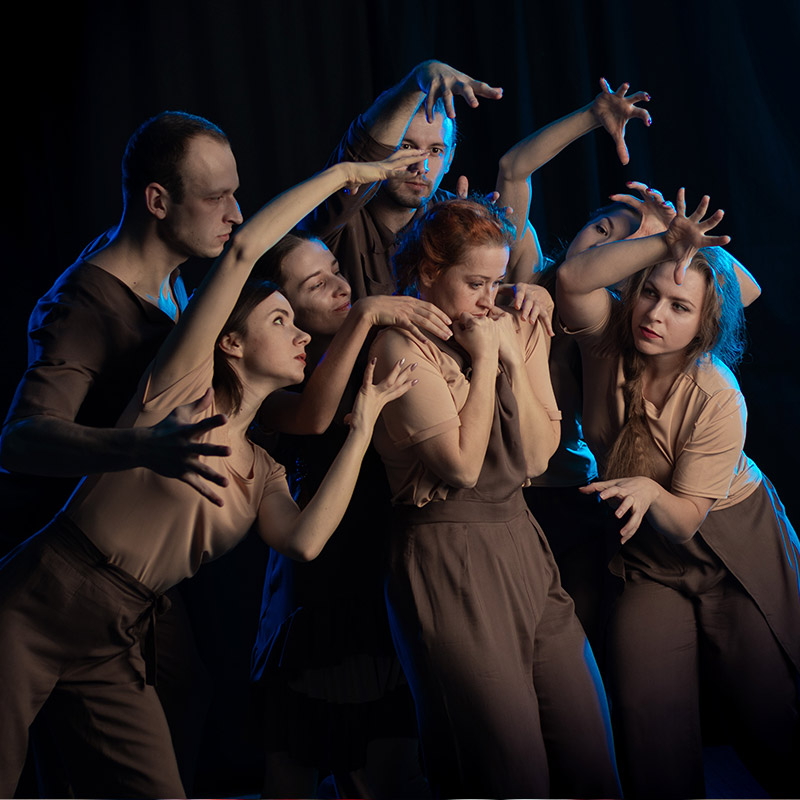 "Oh, how marvelous to be led in creative expression — especially when technology and its offspring run amuck around us, especially when Judith is role modeling, teaching, leading, gamboling with Light and Love." 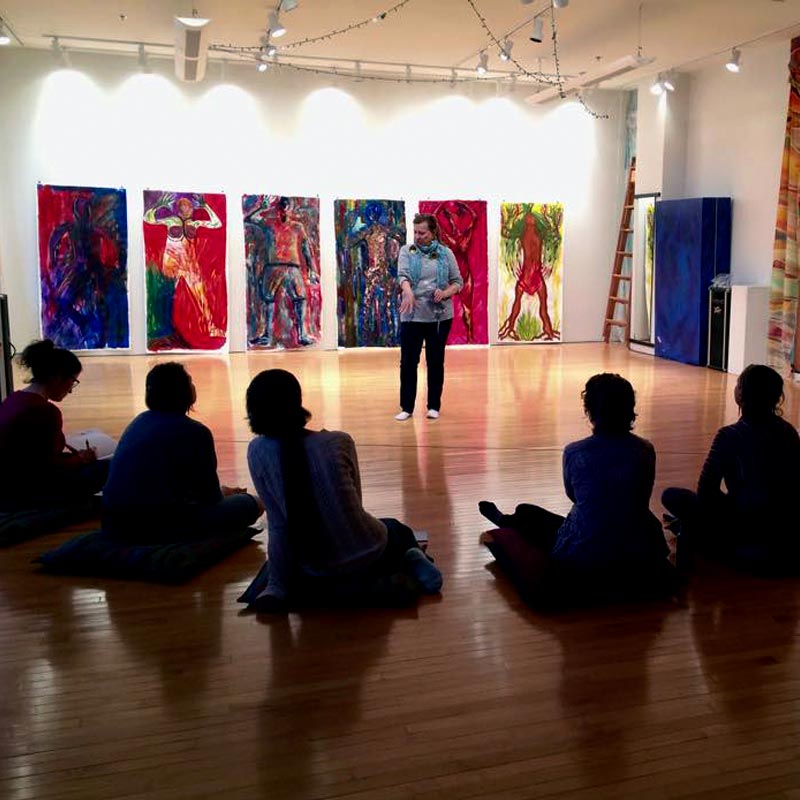 "Dr. Essex is a professor and mentor I’m fortunate to have. Her expertise in facilitating a learning environment that allows experience, open-ended growth of trust and competency on both the individual and group levels is uniform. She has taught me to stretch the boundary of current ideas and relations in the modern world, encouraged individual creativity and thought."